With Rackspace Cloud Servers there's currently an issue with PVHVM resizing images smaller that causes them to lose their MBR; when this happens you'll see the following in the Java console: 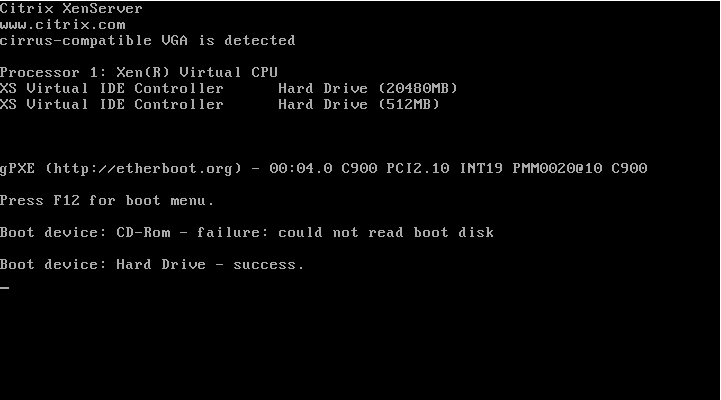 If you see this your MBR is gone and you'll need to get the server in Rescue Mode (Actions menu -> Enter Rescue Mode) to re-install GRUB to the MBR.

After your server has booted up into Rescue Mode your original hard disk is at /dev/xvdb; you'll need to chroot into your old OS:

Once you get into the chroot you'll then need to drop to the grub prompt to re-install GRUB to the MBR (the grub-install command doesn't seem to work with Xen guests):

After GRUB is re-installed to the MBR exit Rescue Mode and your server should boot up normally again; if you're seeing this issue after building a server from an image (extreme edge-case) you've still got a bit more work to do.

While still in the Rescue Mode chroot you'll want to reset the root password (it didn't get set on the initial boot since the server didn't boot):

Once the password has been updated you can now exit rescue mode (yay!!!).

After the server boots up normally you'll still need to do some work via the Java console (Actions menu -> Connect via Console) to reconfigure the networking stack since that also wasn't done on the initial boot:

Wait a few seconds and run the following to ensure things went through successfully (should get a return code 0 as below):

The networking reset will re-read the networking configuration from the hypervisor and get the server network accessible.

Just installed the AWS CLI on my Mac and encountered the 'unknown encoding' error when I first tried to use it: $ aws ec2 describe-instances unknown encoding: $ This is caused by the default encoding

Been lazy here recently updating the blog, mainly because Octopress was a pain to create a new post in (see http://octopress.org/docs/blogging/). I've moved the blog over to Ghost and